Many thanks to Scott Kolb of Kolb Machine for delivering 2 perfectly capped and smoothed cylinder heads.  Scott is a fabrication ace and it is him who I turn to when my ham-fisted hand work simply will not be up to snuff.  He is also an accomplished builder in his own right, having several land speed records under his belt and several more in his sights.  His blog site shows a lot of cool stuff on his LSR project.  There is also some great footage from his visit to the A2 wind tunnel in North Carolina, the heart of NASCAR territory.  The visit was very productive and informative for both learning about his existing partial streamliner and doing tests on shapes for his future 200+mph 125cc full streamliner.  It was my first wind tunnel test and hopefully not my last.

I had 2 sets of ported heads and kit cams purchased from Attack Kawasaki from one of their last Formula Xtreme bikes when that series still allowed significant engine modifications.  These heads were sectioned on a bandsaw and cleaned up on the mill to leave the camchain tunnel and adjacent 2 cylinders. 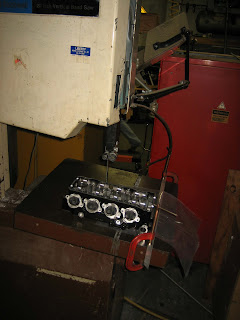 Cleaning up surface on mill with face mill: 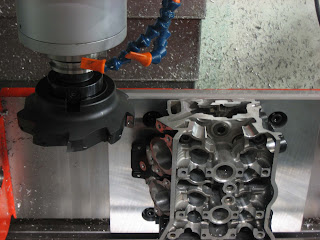 I then stripped the paint off the parts and shipped them up to Scott.  He proceeded on the 2 step process first documented in an earlier post, Head Weld Test.  The 2 piece cap is to insure the internal separation from the oil and cooling passages remains separated.
Cutting out the cap plates: 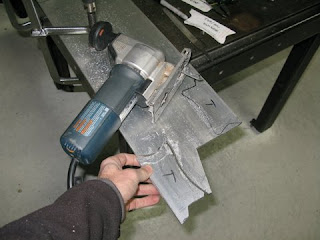 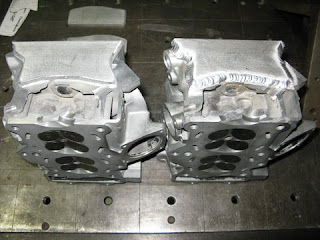 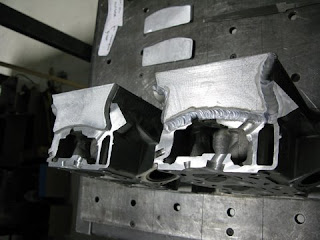 We installed extra valves and springs during the process to ensure the valve seats did not slide out of position due to the high heat input during TIG welding.
Fully welded part: 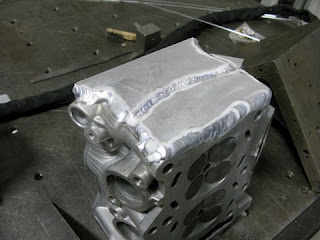 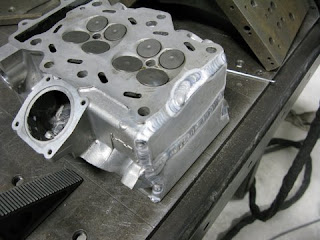 We decided to also fill in the cam bore 1/2 circular cutouts to make the gasket surface a single plane to allow using a waterjet cut Cometic gasket
Filling in cam journal external bosses: 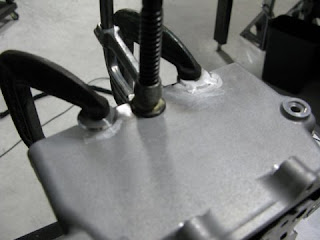 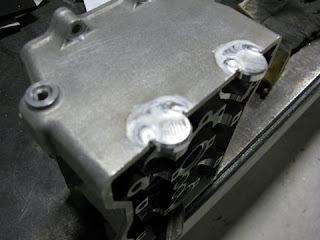 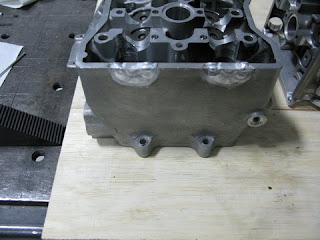 Scott then ground out all the welds giving the part a very clean and manufactured look. 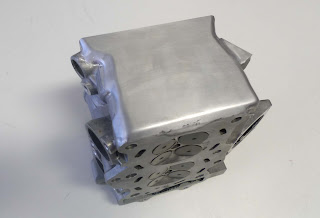 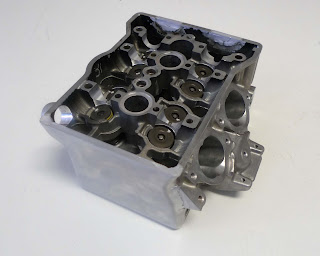 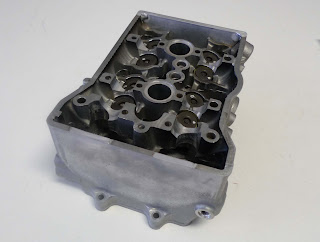 From here I will remove the valves/springs and mount the head on our trunnion fixture to clean up the gasket mounting surface.  Some custom gaskets are on the way from Cometic to keep all the oil inside and we’re a few steps closer to having a complete engine.
Until next time…